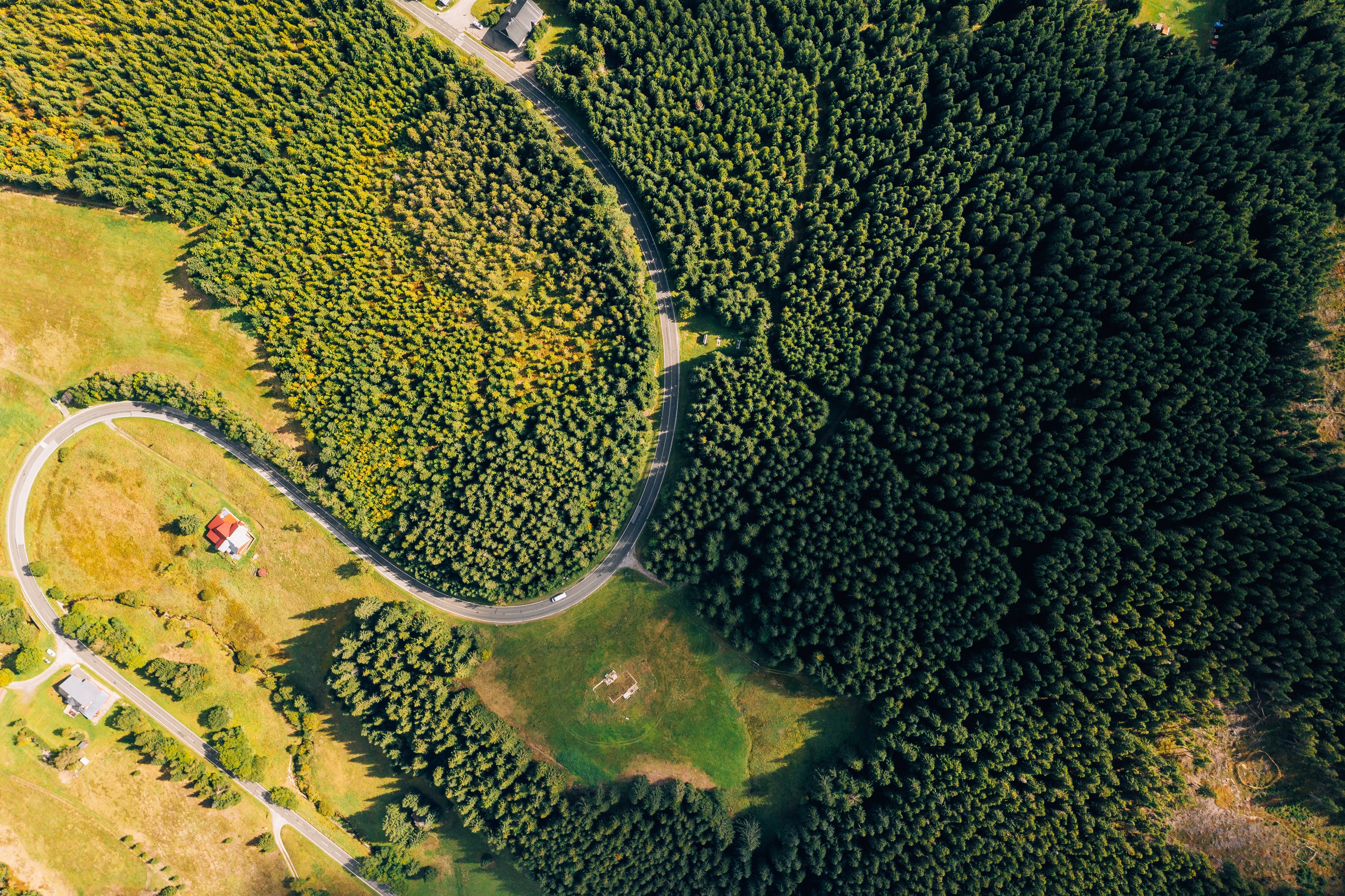 Editor’s note: This article was written by Reinoud Schaatsbergen and originally published in Biind Magazine in June 2019.

Let’s start from the beginning: what is Green City Watch?

“Worldwide, cities are becoming denser. In Amsterdam alone, roughly 50,000 new homes must be built by 2025. This is greatly at the expense of urban green spaces. Research from the University of Amsterdam has shown that Amsterdam’s green space has decreased by eleven percent in the last thirteen years. Not only are parks at risk, but rather, more frequently, community green spaces. Such spaces lack the same protection as parks, and are exactly the spaces we want to call attention to.”

“When we started Green City Watch, we saw an unfilled niche in the monitoring of the quality of green space, rather than just the quantity. In order to do so, we use very high-resolution (<0.5 m) satellite images and drone imagery. These images can tell us a lot about the health and quality of the spaces.”

“With our data, we strive to map the ecological, social, and economic value of green spaces throughout the city. Previous methods, such as in-situ measurements and surveys, are expensive and tedious, resulting in a lack of accessible, up-to-date data. Current data collection efforts continue to focus on defined “parks”; therefore, at Green City Watch, we work to measure all urban green space.”

Satellite images are not new. What does Green City Watch do differently?

“We use multispectral imagery, produced by satellite sensors that measure reflected energy within several specific sections (also called bands) of the electromagnetic spectrum. These images can give us information about the state of green spaces that a regular photograph would not. We work at the intersection of geospatial big data and artificial intelligence, otherwise known as geoAI. We’re developing a platform that can harness and process geospatial information to support near real-time feedback necessary for effective decision-making. Plus, our models are learning with every iteration, making the process quicker with time.”

“The images we use have a pixel resolution of 30 centimetres. This high resolution allows us to distinguish between land-use types, at an unprecedented scale. We not only see green, but can classify green into trees, grass, shrubs, algae-covered water bodies, and much more. At such a detailed level, we are able to determine the composition of the ecosystem, which tells us a lot about the state of the green space. We can spot drainage barriers or indicate whether the green:grey ratio is in balance. Combined with information on the number of benches and playgrounds, we can also calculate the social significance of an area.”

“Within our analyses, we use approximately twenty indicators, each based on academic research. The goal is to expand up to one hundred indicators that cover all aspects of urban green spaces.“

“Finally, as a geoAI platform, our aim is to uncover the meaning behind the data. A photo doesn’t say much, so machine learning-based interpretation is the next step. We are continuing to develop our algorithms to meet the needs of the cities of tomorrow.”

“The greatest value of the platform is the ability to monitor, consistently, over longer periods of time. If you are looking to green your garden, you will be unable to measure your success without first defining your baseline. Green City Watch can give you that. For example, Amsterdam has a campaign encouraging residents to green their gardens but fails to record whether or not it’s happened. If you can’t see the impact of your intervention — what is the point? With our technique, you can quantify that difference and continue to monitor it over time.”

Can you give an example of the application of the platform?

“Amsterdam’s parks have been purposefully designed as natural drainage areas, but more frequent and heavier precipitation events are causing stagnant water to remain for weeks, and sometimes months. This can cause significant damage to the health of trees and soil, and wooden infrastructure, like playgrounds. Emergency procedures like pumps can alleviate the problem in the short-term, but it’s expensive and considered symptomatic treatment, at best. In order to be proactive, rather than reactive, the City of Amsterdam came to us to determine where this problem could occur in the future.“

“To do so, we have added radar imagery as a new data source. Satellite radar images are most valued for flood detection purposes because — in contrast to optical imagery — their recording is independent of the availability of sunlight and the microwaves emitted by the system is able to penetrate haze and clouds. This enables us to identify places where stagnant water may occur or is currently present. Using this method, Amsterdam can take preventive measures, saving them time and money. Next year, we would like to go a step further by creating a reactive model linked to weather forecasts. With this model, on the day of heavy rainfall, the municipality will receive warnings about vulnerable areas. This gives them a new management tool without any major investments.”

“Satellite radar images are most valued for flood detection purposes because — in contrast to optical imagery — their recording is independent of the availability of sunlight and the microwaves emitted by the system is able to penetrate haze and clouds. This enables us to identify places where stagnant water may occur or is currently present.”

What measures does Green City Watch take to ensure privacy? For example, when using images of private property?

“This is one of the most frequently asked questions we get. We interpret data sets. We are not the paparazzi. The visualizations that we use are similar to Google Maps. Currently, everyone can already look in your backyard with Google, and we closely follow and practice the privacy developments in the industry. Additionally, it’s also important to realize that you cannot recognize people with these images. ”

But, Green City Watch does more with those images than Google Maps, right?

“Indeed, we do much more. Our technology allows us to see various layers in terms of greenery and water, with the aim of giving an indication about the ecological, social and economic value to the city. Residents want to know about environmental quality. Greenery is important to people, whether it’s on private or public land. The municipality could argue that only publIc space should be monitored, but for more and more residents, this is no longer the case.”

Can you further explain the connection between smart technology and nature? How did this idea arise at Green City Watch?

“While we were studying earth science at the University of Amsterdam, we noticed a lack of interest in the city as an ecosystem. It quickly became our mission to bring the two together — the environment and the urban landscapes within it. The logical way to do this is through technology. Green City Watch was born out of that very idea. Not necessarily the company, but the philosophy: the Internet of Nature.”

“Growing up in North America, I found that nature was something you must “conquer” instead of coinciding with. As a child I remember thinking it was strange: who are we to remove nature, if there are so many other things alive? I still think you can’t start building great cities if you don’t know how the Earth functions. Now, comparing the Netherlands to North America, it is evident that the former does not contain a lot of nature, but it is clear that much more attention is given to sustainability.”

“In the coming thirty years, we will need to urbanize an area as large as the entire country of South Africa. We not only need to increase the amount of green space, but also pioneer the planning standards, legislation, and compliance around them. Right now, there is a serious lack of best practices available for urban greening. This has especially come to the light in our work with the Government of Indonesia.”

How can the Internet of Nature change that?

“The Internet of Nature is a new paradigm for sustainable cities, where urban ecosystem components and interrelation dynamics are described and represented through digital technologies and applications. These may include but are not limited to, ICTs, remote sensing, machine learning, sensors and data loggers, 5G communications and advanced computing. In this representation, the benefits of urban nature are enhanced and self-organisation, self-regulation, and automation can be achieved.”

“Existing planning processes are too slow and labour-intensive. The Internet of Nature makes green management possible because it provides constant insight and transparency. It allows urban green managers to collaborate directly with their residents to optimize the green spaces in their city. Green City Watch is just one such application.”

Big plans, then. How far does the ambition go?

“We have been around for a year and are already much busier than anticipated. After our first proof-of-concept in Indonesia, we were invited back to analyze the 26 most populated cities in Indonesia. We’re also working with Sydney, Australia, and are in discussions further with Amsterdam. We are also looking to get started with more Dutch cities. After all, it is where we are based, and where we were inspired. Additionally, a lot of research can still be done here. “

“Ultimately, our ambition is that Green City Watch will become the go-to global platform for every resident and city manager to access and improve planning, refine management and monitoring, and create an opportunity to exchange experiences. Before we get there, we want to work together on specific urban problems. We are continuing to work on demos that serve as an example, help us give direction to the platform, and allow us to test which indicators are most critical. What science tells us may not always correspond with the priorities of a city. Like the issue of stagnant water causing damage to wooden playgrounds, I never would have thought of that, so we’ll continue to rapidly prototype and sharpen what we have, together with our clients. ”

Nadina Galle founded Green City Watch in 2018 together with Jim Groot and Chris van Diemen and is also co-developer of #UrbanNatureAmsterdam, the first green and blue map of Amsterdam. She is currently doing PhD research at University College Dublin and Trinity College Dublin, and later this year at the Massachusetts Institute of Technology (MIT).

“My role within Green City Watch is to continuously translate urban ecological research into practice so that it fits with what people need now.”

What cities can learn from human bodies