Talking Trees — Part 1: Do city trees talk to each other? 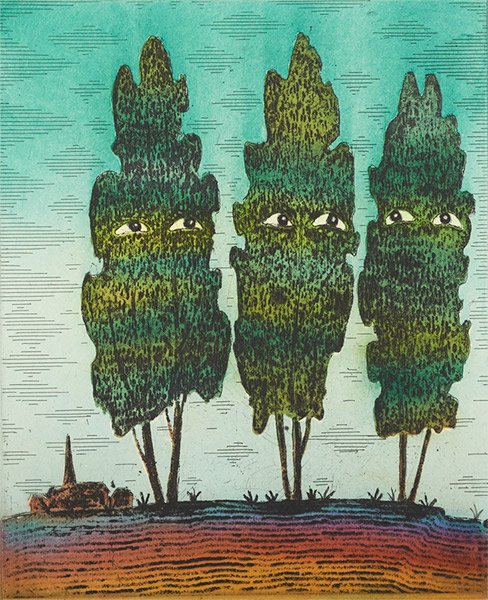 In my new series, Talking Trees, I’m translating findings from my PhD dissertation, called the "Internet of Nature", into seedling-sized blogs. My research advances ecological engineering by exploring the potential of novel technologies to monitor urban ecology, particularly urban soils and forests. I believe technology can be a powerful tool—and in this series, I hope to illustrate how digitising our urban ecosystems into useful data can help us build healthier, happier, and more resilient places to live.

Nearly three decades ago, while researching her own doctoral thesis, forest ecologist Dr Suzanne Simard discovered that trees communicate their needs, share water and nutrients, and even send distress signals about drought and disease via underground fungal networks buried in the soil. In other words, trees ‘talk’ to each other. Simard called this network the ‘wood wide web’. I call it the world’s longest-standing trade agreement. Made up of hair-fine filaments known as mycorrhizal fungi, these networks are so essential to plant life that over 95% of the world's plant species form mycorrhiza.

German forester and author of The Hidden Life of Trees, Peter Wohlleben, later taught us that ‘a forest is a super organism of unique individuals’—a network of intertwined roots sharing resources across a community that could include dozens or hundreds of trees. The work of Simard and Wohlleben, along many others, has revolutionized how we think about forests and, more broadly, how we define interactions between plants. We now know a forest is not just a collection of individual, solitary trees, competing against one another in a Darwinian ‘survival of the fittest’ fashion, but rather communicating and cooperating.

Connected trees communicate their needs and cooperate with their neighbours, in some sense ‘talking’ to help each other survive. But what happens when that network is disrupted? Or what happens when you plant trees along city streets?

One might suspect that in cities, trees can’t talk if planted in isolated tree pits. While studying at MIT Senseable City Lab, I conducted fieldwork across the urban forests of Cambridge and Boston, Massachusetts, taking nearly 300 soil samples from red maples. Not a single tree had enough mycorrhizal fungi around its roots. The finding supports the hypothesis that city trees—both in Boston and in other cities around the world—are solitary, lonely creatures*.

Urban trees suffer from a loneliness epidemic, much as other urban dwellers do. Indeed, despite being more connected than ever, people are lonelier than ever, and in our modern society, loneliness is a killer—literally. Loneliness correlates significantly with health hazards. A 2015 study [1] revealed that loneliness and social isolation increase a person’s chances of premature death by up to 50 percent; loneliness is deadlier than obesity. Loneliness kills slowly and over time by weakening a person’s immune system, increasing risk of disease. ‘Lonely’ trees may also suffer in the same way.

So, do city tees talk to each other? Without a community of friendly fungal neighbours to share nutrients and information, urban life becomes pretty insufferable. My single case study, even with nearly 300 soil samples, provides insufficient evidence to draw such large-scale conclusions, but the situation for the trees is probably not much different than that of humans. In cities, neighbour-to-neighbour connection is more a rarity than the norm. A first-of-its-kind survey [2] released by the Toronto Foundation, which explores the relationships of Toronto residents, has revealed that 66 percent of people report knowing only few (or none) of their neighbours. People need a sense of belonging—not to survive—but to thrive.

Social connection, or ‘talking’, is also not critical to a tree’s survival, but it is if we want trees to thrive. If we want trees with full-sized, mature canopies. If we want trees to give us all of the ecosystem services we’ve come to rely on trees on. Without a doubt, urban tree-mycorrhizal associations do occur, albeit not to the same levels as in naturalised settings and, as my findings suggest, likely not at the levels necessary to actually benefit the tree.

Mycorrhizal associations, by improving nutrient and water uptake for trees and helping to chemically and physically break up compacted soils, provide crucial benefits to tree health. And while numerous factors can affect a tree’s health, soil health is easily overlooked during planting. We have become so caught up with tree care above ground that we’ve forgotten that what’s happening below ground is just as important.

Thank you to Stephen Chambers for the beautiful illustrations. My research is made possible by the generous support of the Connecting Nature H2020 project, University College Dublin, Trinity College Dublin, Stichting Fulbright Commission the Netherlands, and MIT Senseable City Lab.

Talking Trees — Part 3: How can we listen to trees?