How diverse are our street trees? 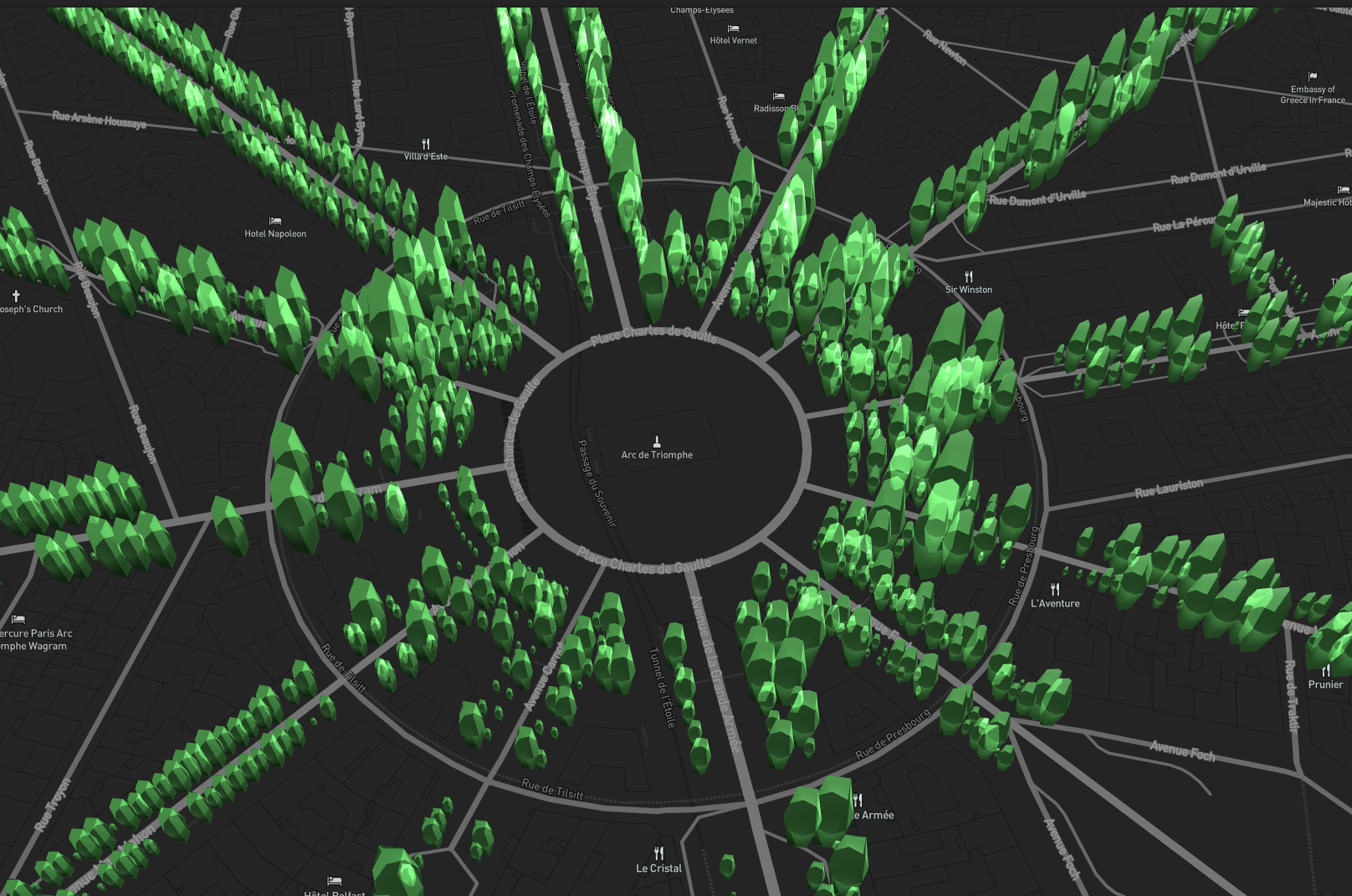 Research has shown us urban tree networks (or lack thereof) are critical for the ecological resilience and character of cities. Street trees, specifically, are an important part of the urban ecology, softening the harsh building-street interface and filtering the air between pedestrians and traffic.

But in order for street trees to succeed, they need to live long and prosper (🖖) — and be resilient to pests and disease. Historical conventions and planting norms have led most cities to exhibit low species diversity. Overplanting of one or a few species in these cities have led to monocultures, where those species’ pests and diseases can decimate large swaths of the urban forest. Integrating diversity on the species-, genus-, and family-level can help fortify resilient tree populations for generations to come.

For this study, we measure street tree networks against the long-standing “10/20/30 rule”, which suggests an urban forest should be no more than 10% of one species, 20% of one genus, and 30% of one family. We also use diversity indices — the Shannon Index and Simpson Index — to account for the abundance and evenness of the species present in the city. These two measures provide a snapshot view of how dominant any single species, genus, or family is within a city, and a glimpse into the diversity of the street tree network as a whole.

Of course, how species adapt to local conditions is more important than diversity in and of itself. Street tree diversity should always seek to fulfill a range of community forest objectives, rather than adherence to numerical standards alone.

Those numerical standards, however, can show us places where street tree diversity has room to grow. Here’s how we did it and what we learned.

To encourage further analysis of additional cities, we used only open-source data and software. The tree inventory data was harvested from OpenTrees.org, the world's largest database of municipal street and park trees, produced by Steve Bennett. Investigating the data sources that OpenTrees links to, we obtained additional metadata and description to better understand the data.

Similar to another MIT Senseable City Lab street tree project (Treepedia), Diversitree is “not about rating cities to compete in a Green Olympics”. Diversitree aims to raise awareness about our local urban forests — and how communities can improve them, using open-source data and software.

Since cities are not here to win a spot in the Green or the Diversity Olympics (🥇), we instead investigated how street tree diversity differed inside and outside of cities’ centers. We hypothesized that overall, most cities would score poorly on diversity benchmarks, and that we might see some spatial patterns in species composition between the city center with the outer areas of the city. We figured city centers would have less street tree diversity because dense urban cores are typically less conducive habitats for trees. We thought that historic city centers might also be less diverse in their street trees due to historic or design constraints.

From hypothesis to methods, we then analyzed the diversity indices of the street trees inside and outside the city centers to understand how evenly diversity exists in the street tree inventory. We chose eight cities across a breadth of geographies and climate zones: Cambridge, MA (USA); Vancouver (Canada); Buenos Aires (Argentina); Bologna (Italy); Amsterdam (The Netherlands); Oslo (Norway); Paris (France); and Melbourne (Australia). We had hoped to include more Asian (🌏) and/or African cities (🌍) but, at the time of writing, OpenTrees.org lacked tree inventory data on cities from those continents. Using OpenStreetMap data, we were able to select just the trees on and around streets, excluding places like parks and forests.

From there, we tested the tree inventory against the 10/20/30 rule for species, genus, and family-level traits of trees respectively. We measured the street trees against the similar, but more conservative5/10/15 rule, too, for good measure. We calculated these measures based on both tree stem count (the raw number of trees) and the basal area of the tree (cross-sectional area of trees at breast height). Basal area is more typically used in forestry (e.g. timber harvesting); however, it is gaining popularity in urban forestry as it complements stem counts for diversity benchmarks.

Want to try it yourself? You can find the Python notebooks explaining the data use, methodology and workflow here, to enable researchers and practitioners to better target tree diversity efforts.

Want to explore the results? Check out the Diversitree project website to learn which tree species, genus and family are predominant in each city, and to explore tree diversity on the maps, block by block, tree by tree.

For at least these eight cities, our hypothesis appeared more or less correct: diversity indices show greater diversity outside of the city center, especially at the species-level. Another interesting finding was that of the eight cities included in our study, a native species was the most abundant species in only one city’s (Amsterdam) street tree inventory. Raising questions about the age-old adage: native is always “better”.

This study taught us it is important to consider the actual goal behind enhancing tree diversity in urban areas, and not just increase diversity, to increase diversity. If your urban forest aims to improve resilience to future threats, it is important that diversification does not result in planting more species that are unsuitable for urban environments, or that a greater diversity does not lead to an increased percentage of the urban forest being threatened by, for example, polyphagous pests.

Through this study, we found that open data on urban tree forests can help measure the strengths and potential vulnerabilities of a city’s urban ecosystem. The street tree networks of cities around the globe are complex systems, reflecting existing environmental conditions, historical city decision-making, and urban planning. Finding ways to parse the complexity of urban forests are critical to start understanding them.

While diversity can be a positive policy goal in and of itself, it is critical to nuance that increasing tree diversity alone may not be helpful for urban forest resilience in all cases.

How did our study compare to others? Our study was inspired by the work of Dave Kendal and colleagues, who in 2014, explored diversity in 151 urban tree inventories from 108 cities internationally. Kendal et al. (2014) noted mean values for abundance across the 151 datasets at 20%, 26% and 32%. Not unlike the results of Kendal et al., our study’s mean values for abundance came in at 24%, 32% and 34%, for the species-, genus-, and family-level, respectively.

This study was the first to contrast tree diversity within and outside of city centers using open-source data to draw comparisons across cities internationally, but we hope it won’t be the last. We encourage researchers, practitioners and citizen scientists to quantify their own city’s urban forest diversity via the Diversitree project website, research paper and open-source project repository.

This research was made possible by the Connecting Nature project which is funded by the Horizon 2020 Framework Programme of the European Union under Grant Agreement number 730222. The research also received funding from the Netherlands Fulbright Association through the Fulbright U.S. Doctoral Student Program. We would also like to show our gratitude to all the members of the MIT Senseable City Lab and its consortium members for supporting this research.